Background Information
We travelled to Tokyo in February on our return from a snowboarding trip in Hakuba.  Travelling were two adults and two children (aged 1 and 2.)  We had already stayed in Tokyo for one very brief night on the way to the snow were we stayed close to Tokyo Station. 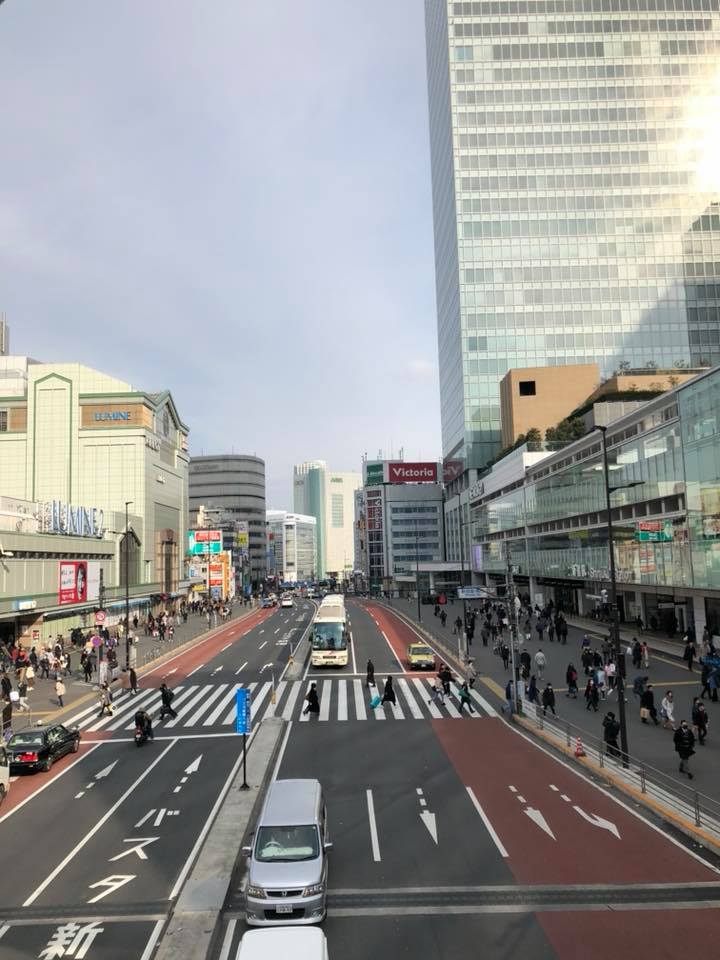 Airport Transfers
The best way to travel to and from the airport is by either train or limo bus and we chose the latter. The limo bus travels directly to and from the airport to Shinjuku Station, and we found that this was by far the best option when travelling with young children and a million suitcases.  Taxis in Japan can be expensive and the distance from the airport to the main city centre is big so it just isn’t economical, however if you get to Shinjuku Train Station or Bus Terminal cabs to nearby accommodation are then inexpensive.  Also located in the Bus Terminal a baggage locker where you can put your luggage if you have a late check in/early check out time, and a really helpful information centre.

Accommodation
We chose to stay in an Air BnB apartment as we found hotels to be quite expensive for there size.  We were able to get a two bedroom place for the same price if not cheaper then a small hotel room.  Our apartment was located in Yoyogi which is one stop from Shibuya and two stops from Shinjuku on the train.  Yoyogi offers that authentic Tokyo feel without being too busy.  We were situated in the perfect position just 100m from our local station, and surrounded by restaurants, convenience stores, pharmacies etc.  The apartment was spacious, modern, clean and more then we could have hoped for especially for the price. 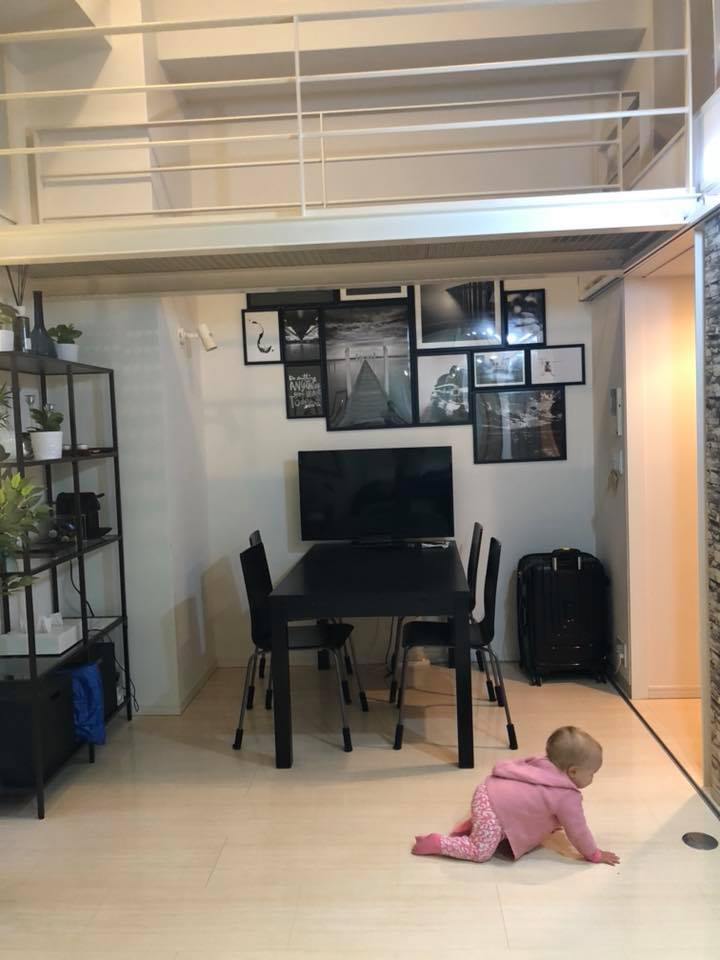 Day One – Disneyland
Seeing as we were travelling with our little ones we decided our first day in Tokyo would be spent at Disneyland.  Getting there was easy with a quick 40 minute trip on the subway (sounds long but when you are exploring another country it goes by in a flash.)  When the train pulled up at the Disneyland station we made a quick dash to the ticket booth to beat the hundred or so people behind us doing the same thing (no queue for tickets for us thank you very much!)  I hadn’t been to Disneyland since I was 7 and that was in Paris, I was amazed at its beauty.  Cinderella’s Castle was of course magnificent and all of the grounds were impeccably maintained.  Micky and Minnie were at the front gates ready to great everyone and of course the whole place just felt like magic!  The queue for rides took us by surprise though…. we were there on a ‘quiet’ Saturday, however we were looking at 80 minutes for the main attractions and 30 minutes for something like the carousel!  With that said there is so much to do at Disneyland that you don’t have to queue for, so we settled on three rides and then spent our time exploring attractions like Minnie Mouse’s House, Toontown, Westernland and Adventureland.  There is an abundance of food choices within the complex but not a lot at all for vegetarians, I would recommend Camp Woodchuck Kitchen and their vegetarian curry.  All of the children were walking around with little animated popcorn buckets, depending on the area of Disneyland you could get a different cartoon theme.  We bought Ari a Dumbo one and it made for the perfect snack/entertainment while waiting for rides.  They had a ‘Frozen’ parade on which was beautiful and ran really regularly throughout the day.  Our children were a bit too young to stay for the night time parade but I bet it would be spectacular.  One thing to note is to dress warm because as soon as the sun starts to go down the temperature gets so cold.  I would definitely recommend a visit to Tokyo Disney if you are travelling with children, it would just make their trip… Ari woke up the next morning asking to go back to Mickey’s house, so that was enough to make me SOLD! 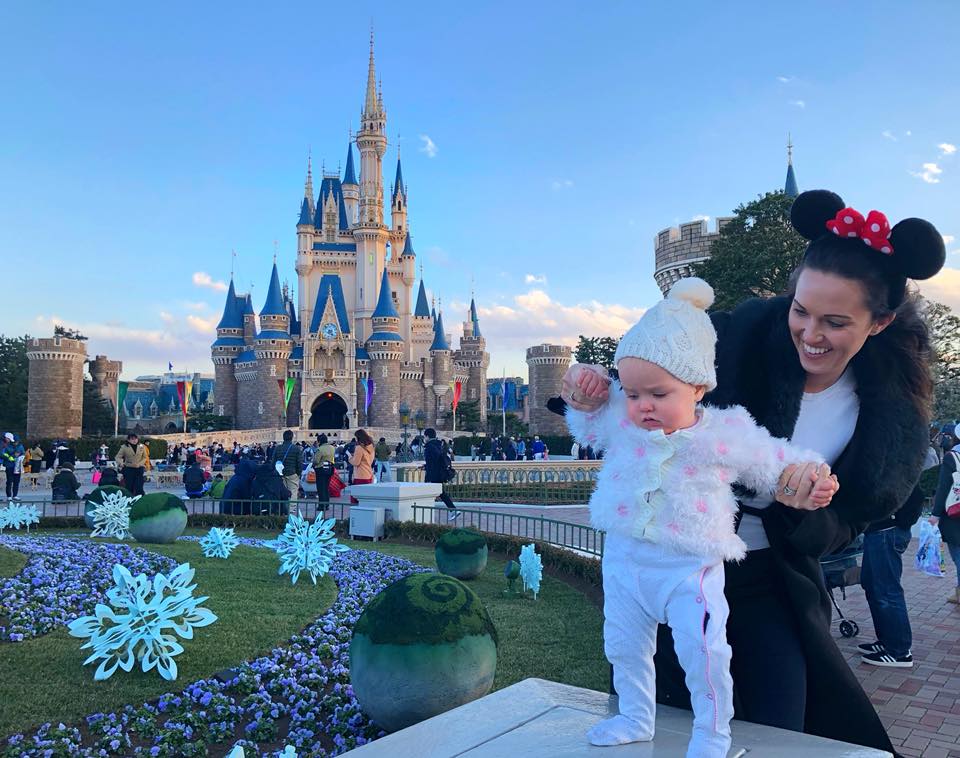 Day Two – Exploring
We were up early and headed straight for the famous Shibuya crossing, thought to be the busiest in the world.  We then did a huge walk through Shibuya onto Harajuku which was a really nice area full of designer shops and Harajuku girls.  It is also home to some well known cat and hedgehog cafes.  We continued walking onto Shinjuku Gyeon National Park which was heaven for any parent in Tokyo!  Finally somewhere that we could be let Ari out of the pram to run and stretch his legs!  The gardens were so beautifully maintained and we even saw a Cherry Blossom Tree in flower.  There was a cafe there selling takeaway sushi so a picnic on the lawn worked perfectly for us.  From there we headed to the closest station and grabbed a train to Tokyo Sky Tree.  TST is the world’s tallest tower at 634 meters.  The area has dozens of shops (loads of Japanese cartoon ones in particular,) restaurants, even an aquarium which was full of incredible fish, jellyfish, a seal and penguins.  You can also pay to go to the very top of the tower. 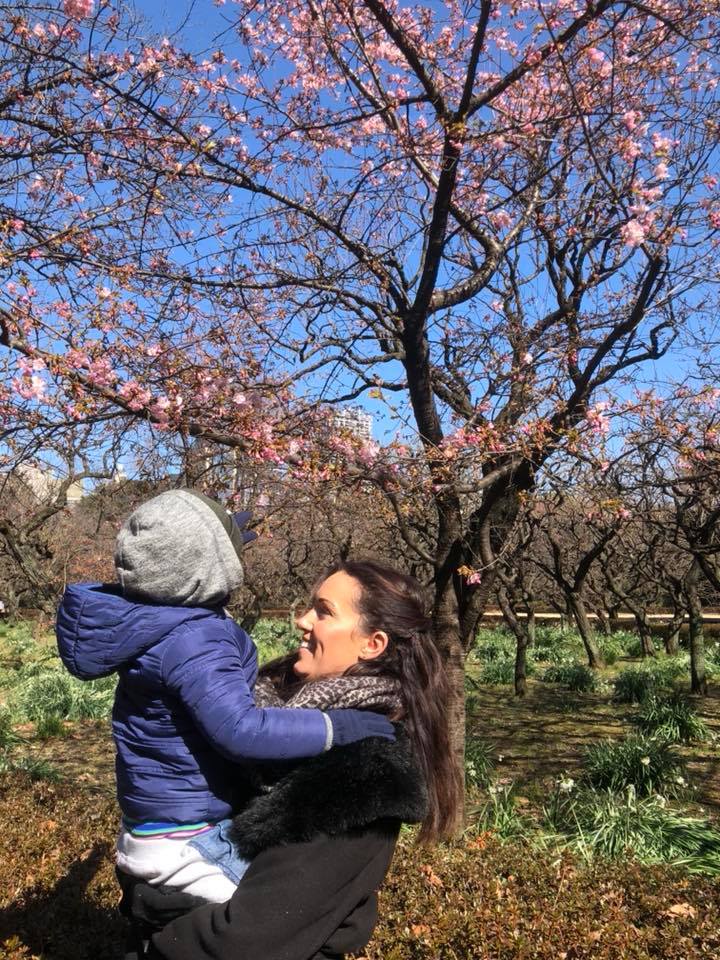 Restaurant Recommendations
We didn’t eat out much in Tokyo because we were always on the go we ate a lot of interesting Japanese food from supermarkets and convenience stores but here are a few of my suggestions based on where we did go:
800 Degrees – Not Japanese food but this place does some seriously amazing design your own pizza!
Tokyo Sky Tree – Ok this isn’t a restaurant but its a place full of so many amazing restaurants!  There are some delicious bento boxes and green tea ice creams to be had!
Alice in Magical Land –  This place was out of this world.  Based entirely on the Alice in Wonderland novel… from the cocktails, to the menu, the décor and the cute costumes the waitresses wear… something you will never see at home on the Sunshine Coast! 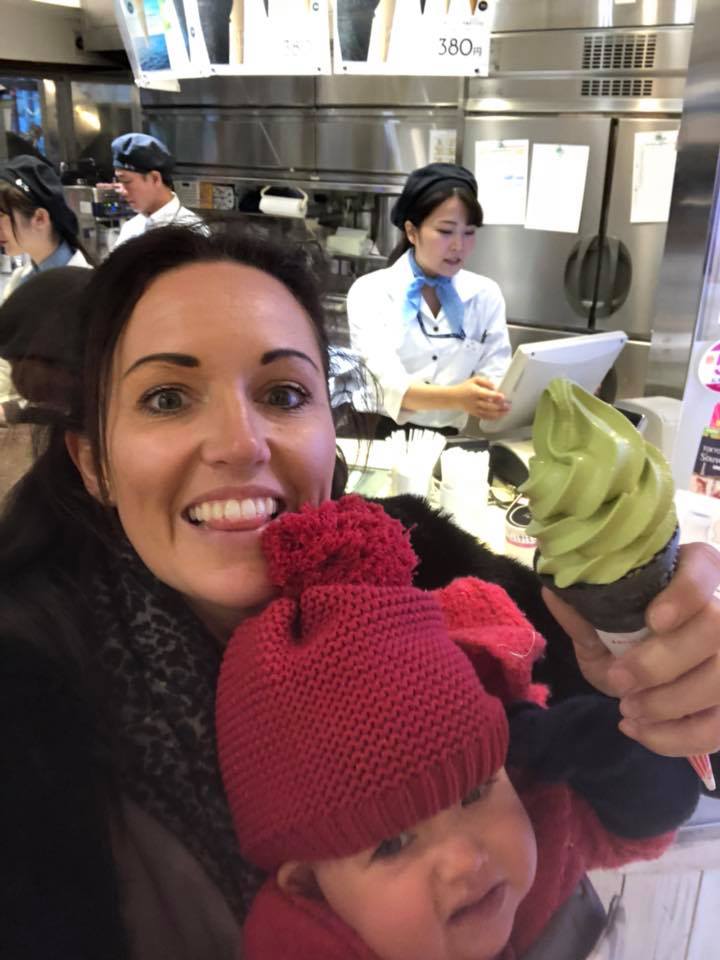 Tokyo Wrap Up
I am the eternal optimist when it comes to travelling but I am going to be honest and tell you that we found Tokyo to be a difficult city to travel with kids. This was our experience it may not have been yours or it might not be yours in the future. Was it worth it… yes of course and I am so glad that we went! Our children are Sunshine Coast babies who aren’t used to cities with queues and having to be in prams all day. I am so glad that we explored this amazing city and spent time with its beautiful people and I think that next time it will be easier for us as the children will be older. The highlight of Tokyo for me was for sure it’s gorgeous people. 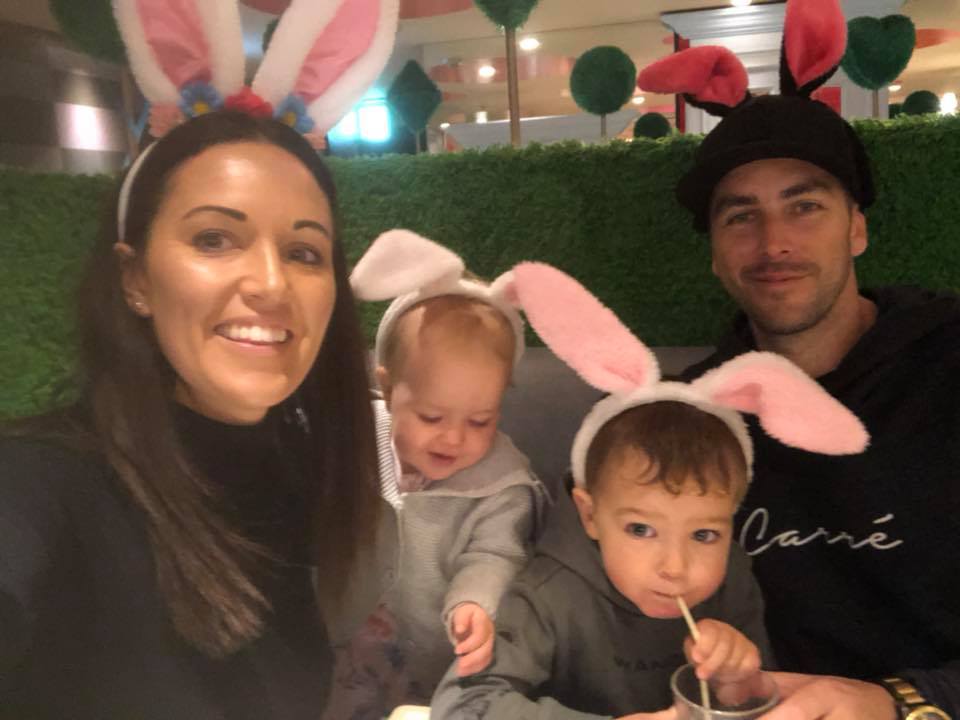 *Disclaimer: At times this website contains posts where items and experiences have been sponsored, gifted or blog posts have been paid for in return for advertisement/promotion.  Where this applies it will be clearly stated at the bottom of the blog post. Natalie Sullivan and www.thissweetlofeofmine.blog only endorses brands/items that her family uses, loves and highly recommends. To read the full disclaimer see here